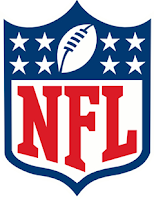 Yesterday, we caught wind of some outrage over new NFL celebration policies that forbade taunts including—or so it was thought—military salutes.

As it turns out, saluting will still be allowed, as long as it is not done in a taunting fashion.  This should serve as a reminder that when rumors—and reports—surface, it is always wise to double check sources.

We went straight to the original source, the NFL's rule book.  The rules clearly state that players will be penalized only if any of the acts are committed directly at an opponent.

But not everyone—did anyone else?—read the actual rules before passing on the misinformation.  To help clarify the policy, NFL spokesman Brian McCarthy tweeted the following this morning:

to clear up bad info re: td celebrations like military salute/spinning ball: only flagged if player does it directly @ opponent
— Brian McCarthy (@NFLprguy) August 7, 2013

Additionally, I reached out to the team last night and they responded this morning, confirming that saluting the fans isn't directed at an opponent, and therefore, is not considering taunting.