Denver's Von Miller Has Been Impressed by Rookie Montee Ball 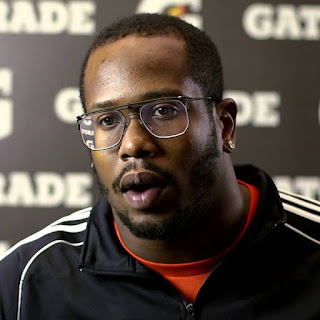 When Montgomery asked if any rookies had stood out this offseason, Miller responded:


"Oh, yeah, Montee Ball looks good.  Montee Ball really stood out.  Sylvester Williams stood out as well.  I think all of our picks really addressed all the issues we have.  I think with the competition they bring we can definitely perform at a high level."

That's a great sign, especially considering that Willis McGahee, the team's 2012 starting running back, was just released on Thursday.  Fittingly, Ball, the man who is expected to ultimately replace McGahee, signed a four-year deal with the team the same day McGahee was released.

Miller also noted that he will be returning to Dove Valley early to begin conditioning again before training camp starts up in late July.  It's no surprise that Ball will also be there.

The Broncos have two young and talented and committed players in Miller and Ball.  The fact that Miller—a player known for his determination and high motor—has been impressed by a rookie says a lot about the Wisconsin product, Ball.