Wolfe says he was suspended for non-performance boosting substances 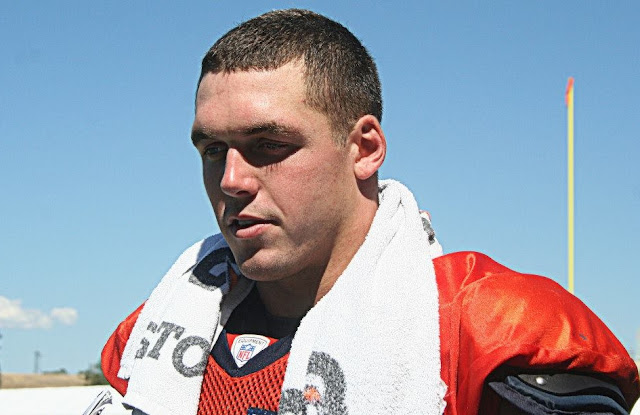 In a statement released by the NFL Players Association, Wolfe said that the substances would not have enhanced his on-field performance.

"During the off-season I took a medication which is on the banned substance list.  The medication is not a substance which would enhance my on-field performance in any way, and I genuinely was unaware that it was prohibited, but players are responsible for what is in their bodies," Wolfe said.

"I will certainly exercise far greater caution in the future and will seek advice relating to the permissibility of any and all medications. I’m very disappointed that I can’t help my team for the first four weeks of the season, but I look forward to a great season with the Broncos and can't wait to get back on the field in week five."

Not everyone is buying Wolfe's explanation, including former Broncos star Shannon Sharpe.

No one seems to know what they're putting into the bodies that causes a suspension, BULL****.If you don't know, why are you taking it?
— shannon sharpe (@ShannonSharpe) July 24, 2015

But there's no way to prove that Wolfe's statement is true or false.

Anyone who claims differently from Wolfe has only to show some level of proof. If they can't, it's a cheap shot. https://t.co/SllLTNFLo8
— Emmett Smith (@alloverfatman) July 24, 2015

Wolfe will be allowed to practice with the team during training camp and preseason, and he is eligible to play in preseason games. He will return to the team full-time on Monday, October 5.

The Broncos will play the Raiders on the road in Week 5.

During Wolfe's absence, Malik Jackson and Vance Walker are expected to start at defensive end. Other names to watch include Antonio Smith and Kenny Anunike.

Smith's availability remains in question as the team waits for his legal situation to sort out.