Piranha reinstated after players and fans responded to team’s folding

The Piranha’s 20-year run was in danger of coming to an end last week.
“Effective immediately, the Central Penn Piranha will be seizing operations for the 2015 season,” team co-owner and head coach Tom Laubach wrote on his Facebook page Tuesday evening. 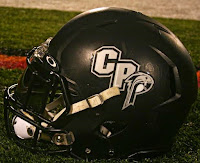 “There are too many players that want to commit to games but not to practice or team events,” Laubach wrote. “We have had over 10 practices and events this year and the average number of people at those events has been about 11 players.”
Frustrated with the team’s lack of commitment, Laubach shut down the semipro football team.
Jason Bristol, the sports director for WHP CBS 21, published a story about the team folding on Thursday.
The team was serious, and the players responded.
“I immediately got on the phone and made a whole lot of calls to the players to see what we could do,” Piranha quarterback and team captain Mark Jarmon said. “I think winning four straight (championships) got guys complacent.

“I think when guys realized he was serious about shutting it down and we wouldn't have a season it opened a lot of eyes quickly . . . some of us can't live without football.”
The team’s core players — Jarmon, defensive tackle Johny Jenkins, linebacker Donnell Donaldson, and safety Mike Baldwin among them — reached out to Laubach on behalf of their teammates on Thursday.
“They voice the overall feeling of the team whenever it comes to making tough decisions,” running back Ron Hunter said. “People don't know what they have until it's gone and that feeling wasn't sitting well with any of us.”
Laubach received three offers to sell the team, and over 100 calls and emails from fans wanting to help the team. But it was the players’ response that caused him to change his mind.
"That is what we were missing — true leadership," Laubach wrote on the team’s Facebook page Saturday afternoon. “I don’t think (the participation) will change overnight, but I trust them and feel they will get back to where we need to be.
“The Piranha are back open for business in 2015.”
Coming off an 8-1 championship season playing in the Gridiron Developmental Football League, the Piranha will now play in the World Football Federation’s inaugural season.
Central Penn is scheduled to play seven home games at Warwick High School this summer.
Author Jon Heath at 9:35 AM
Email ThisBlogThis!Share to TwitterShare to FacebookShare to Pinterest
Tags: CBS 21, Central Penn Piranha, Football, GDFL, Jason Bristol, Mark Jarmon, Minor League Football, Semipro Football, Tom Laubach, Warwick High School, WFF
Newer Post Older Post Home