Demaryius Thomas willing to give Broncos a "hometown discount" 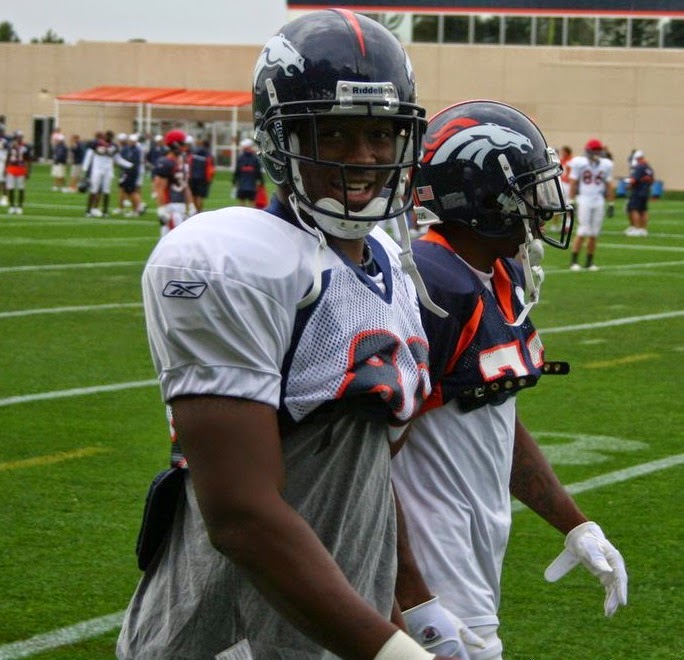 Keeping star receiver Demaryius Thomas in Denver beyond 2014 may not prove to be as difficult as anticipated.

Thomas (6'-3", 229 lbs.) ranks second in the NFL with 1,255 receiving yards and is tied for third with 10 touchdowns this season. A two-time Pro Bowler, Thomas is playing in the final year of his rookie contract with a base salary of $3.27 million.

In an interview with NFL Network's Dan Hellie, Thomas was asked if he would be willing to take a hometown discount from the Broncos. His response:

"Of course, why not?" Thomas asked, via NFL.com. "Peyton is one of the best in the game, and I've been blessed to have him as my quarterback. I learned so much of him. Denver, of course I gotta take my hats off to them, because they took a chance of drafting me in the first round."

Just how much of a "discount" Thomas is willing to take remains to be seen.

In a story published in the November issue of ESPN the Magazine, Eli Saslow indicated that Thomas is seeking a long-term deal worth $12 million annually: "If he can sign a long-term deal for $12 million a year . . . maybe he can restore some stability to the family that lost it in 1999," Saslow wrote.

The magic number for Thomas seems to be $12 million, and then some. In comparison to the $16 million that Calvin Johnson and Larry Fitzgerald average per season, $12 million does seem to be somewhat of a hometown discount.

But it's not a huge bargain.

In reality, Thomas is seeking to catch on with the highest paid receivers in the NFL. His openness to an alleged hometown discount may reveal that he wants to stay in Denver, but it's unlikely to affect his final contract.