There's a high demand for secondary Broncos tickets this month

The Denver Broncos have been nothing but amazing since Peyton Manning arrived three years ago, which naturally has fans believing yet another run at a Super Bowl is in store for them in 2014. 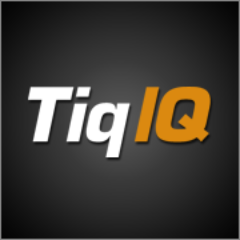 There’s little reason not to think that, either, as the Broncos have put up two straight 13-3 finishes and last year were quite easily the best offense the league has ever seen. More of the same could be coming and Denver fans seem fine with paying to see it happen in 2014.

The journey starts in September, though, and it’s not exactly an easy one. To see how Denver will do in 2014 in their bid to get back to the big game, here’s a breakdown of their September matchups, alongside data provided by Coast to Coast Tickets on Broncos tickets.

Week 2 (Sep. 14th) VS. Kansas City Chiefs | Average Price: $401.64 | Get-in: $115
Denver stays at home in week two, as they take on probably their toughest divisional opponent, the Kansas City Chiefs. KC gave them a fight both times last year and might be on to their ways this year. It’s still in Denver and Manning and co. know they need to start hot with such a tough schedule on the docket. Look for the Broncos to roll past KC in their first meeting.

Week 3 (Sep. 21st) @ Seattle Seahawks | Average Price: $482.49 | Get-in: $147.50
Here’s the rub. While the first two games are tough home games, neither match the intensity of a rematch of last year’s Super Bowl. It’s a bummer that it has to come in Seattle, where the ‘Hawks rarely lose. The Broncos will probably be 2-0 at this point, though, so they can eat a loss if need be. There’s a good chance they won’t find that acceptable, however, and could be on a mission to show Seattle they’re a lot better than how they played in last year’s title game.  At $482, Broncos vs. Seahawks tickets is one of the more expensive games on either schedule for the two defending conference champions.
Author Jon Heath at 3:54 PM
Email ThisBlogThis!Share to TwitterShare to FacebookShare to Pinterest
Tags: Broncos, Chiefs, NFL, NFL Tickets, Seahawks, Tickets, TiqIQ
Newer Post Older Post Home