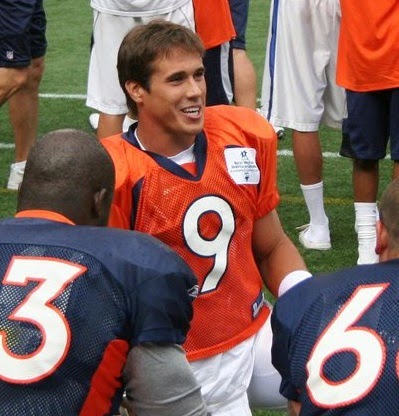 Brady Quinn, who will soon begin working as a football analyst for FOX Sports, worked out for the New England Patriots last week, per ESPN's Field Yates. Quinn then went on the The Dan Patrick Show to discuss the workout and the possibility of returning to the NFL.

"It went well," Quinn said, via ProFootballTalk.com. "In this particular situation, though, they need something to happen in order for me to possibly be there."

It is unclear what that "something" is that would need to happen, but that hasn't stopped anyone from speculating. The Patriots, who drafted Eastern Illinois quarterback Jimmy Garoppolo in the second round of the draft in May, may plan to trade Ryan Mallett, the team's No. 2 QB.

Mallett was drafted by the team in the third round of the 2011 NFL draft and has received plenty of buzz this offseason. Most notably, NFL Network's Mike Mayock recently said he was blown away by Mallet at practice, noting that he is "a legitimate NFL starting quarterback."

It's not hard to connect the dots and speculate that New England may be planning to shop Mallet and sign Quinn, giving them a QB trio of Tom Brady, Garoppolo, and Quinn. All of that, however, is mere speculation.

A more realistic scenario is that New England is preparing for any mid-season injuries that may happen this fall. Teams often workout players with the intention of potentially signing them down the road in case of an injury. That may be the "something" Quinn was referring to.