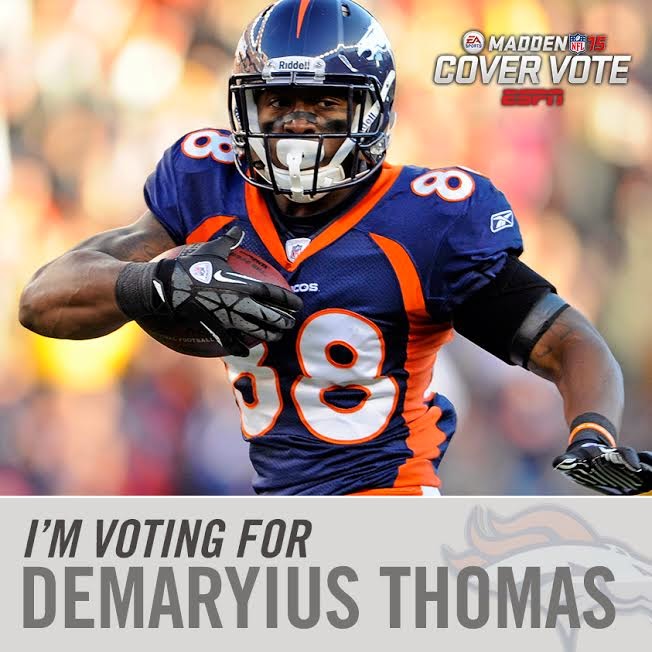 EA Sports revealed the sixteen players that will square off in this year's edition of the Madden NFL video game cover vote during the first round of the NFL Draft on Thursday evening.

Denver Broncos fifth-year wide receiver Demaryius Thomas is among the candidates to be on the next cover. Thomas, 6-3, 229 pounds, has earned back-to-back Pro Bowl selections over the past two seasons after catching 186 passes for 2,864 yards and 24 touchdowns since quarterback Peyton Manning arrived in Denver via free agency in 2012.

Thomas is a long shot to make it past it past the first round of voting as he is up against the reigning Defensive Player of the Year—Carolina Panthers linebacker Luke Kuechly, who was featured in the game's first promo video earlier this month.

Sherman and Kuechly are the favorites to win the vote.