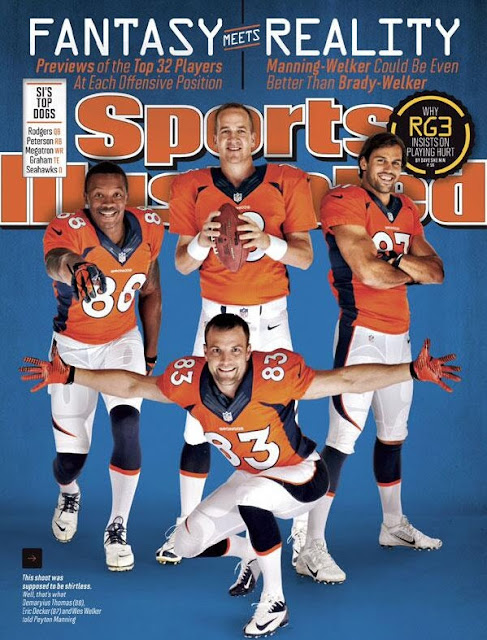 Peyton Manning and his bevy of targets (Demaryius Thomas, Wes Welker, Eric Decker) appear on the national cover. One of the most explosive passing offenses in the NFL last season, the Broncos got even better in the offseason, adding ex-Patriot Welker. SI senior writer Chris Ballard details Welker’s exodus from New England and how Denver became the destination for two of the unlikeliest free-agent pickups (Welker and Manning) in sports history.

What say you? Are you afraid of the curse, or does that not apply during the offseason?
Author Jon Heath at 8:43 PM
Email ThisBlogThis!Share to TwitterShare to FacebookShare to Pinterest
Tags: Demaryius Thomas, Denver Broncos, Eric Decker, NFL, NFL Offseason, Peyton Manning, SI Curse, Sports Illustrated, Wes Welker
Newer Post Older Post Home