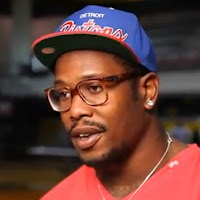 On Monday, ESPN.com's Jeffri Chadiha wrote a piece on Denver Broncos star outside linebacker Von Miller being the leader of the team's defense going into training camp this summer.

Perhaps the most notable quote from the article was Miller's thoughts on second-year defensive lineman Derek Wolfe (hat tip to IAOFM.com for pointing it out).


“Elvis did a lot of good things, but people don’t know about [defensive end] Derek Wolfe,” Miller said. “He’s like [Houston Texans defensive end and reigning NFL defensive player of the year] J.J. Watt. He’s a big guy who can have a big impact at the position he plays.”

It’s doubtful that anybody else in the NFL is going to make that comparison, but Miller’s mind is in the right place. He needs a guy like Wolfe to hear such words because he needs Wolfe to be a little bit more than the player who produced a solid six sacks last season. In fact, Miller needs all his teammates to step up their game a little more.

As Chadiha notes, it's a bit far-fetched to compare Wolfe to Watt, but it's something that MileHighReport.com's Ian Henson has been doing since April.  Both players are built similarly and Watt had 5.5 sacks as a rookie while Wolfe had 6 in his first season.

If Wolfe is half as productive for the Broncos as Watt was last season (recording 81 tackles and 20.5 sacks), Denver's defense will be in great shape.  You heard it from Von first (actually, Henson was the first to make the comparison, but we'll give Von his due).

Miller has often been compared to the great Lawrence Taylor, which may end up being a more fair comparison than Wolfe-to-Watt—as unbelievable as that may be, it is my personal opinion.