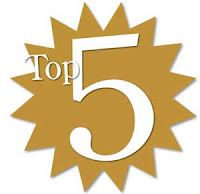 Matt Miller is the NFL and NFL Draft Lead Writer at BleacherReport.com and a member of the Pro Football Writers of America Association.  A student of the game, Miller is noted for his scouting analysis.

On Tuesday evening, Miller took to Twitter to list his Top 5 at a variety of positions and categories in the NFL.

The Denver Broncos were among Miller's top teams, offensive units, and 4-3 defenses while Sports Authority Field at Mile High made his top stadiums cut.  Additionally, Denver's receiving and secondary corps were recognized.

Un-signed tackle Ryan Clady was also named among Miller's top left tackles and linebacker Von Miller was listed among the top pass rushers.  In April, he wrote that Von Miller was the best 4-3 outside linebacker in the league going into 2013.

The Broncos had the No. 4 offense and No. 2 defense in the NFL last season.
Author Jon Heath at 4:54 PM
Email ThisBlogThis!Share to TwitterShare to FacebookShare to Pinterest
Newer Post Older Post Home