When will the USMNT's next Gold Cup game be played? 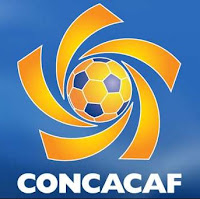 After defeating Honduras 2-1 in their first match of the 2015 CONCACAF Gold Cup on Tuesday, the United States Men's National Team will return to the pitch to take on Haiti tonight.

Kickoff is scheduled for 8:30 p.m. ET, and the game will be broadcast on FOX Sports 1 (it will also be streamed on the FOX Sports Go app).

USMNT forward Clint Dempsey scored two goals (25', 64') in the U.S.'s first contest. After tonight's game against Haiti, the U.S. will have a contest against Panama on Tuesday, July 14.

The cup's final will be played on Sunday, July 26 at Lincoln Financial Field in Philadelphia. The U.S. has won three of the last five competitions, which are held every two years.
Author Jon Heath at 8:30 AM
Email ThisBlogThis!Share to TwitterShare to FacebookShare to Pinterest
Tags: Clint Dempsey, CONCACAF Gold Cup, Football, Gold Cup, Soccer, USMNT
Newer Post Older Post Home