Goalkeeper Tim Howard expected to return to USMNT in September 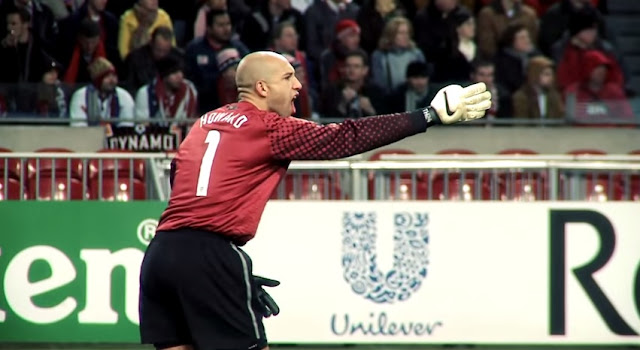 Goalkeeper Tim Howard is ready to return to the U.S. national soccer team.

Howard, 36, took a break from international soccer after the U.S. lost 2–1 to Belgium in the round of 16 in the 2014 World Cup. Howard set a World Cup record with 15 saves in the loss.

Howard, who plays for Everton FC in the English Premier League, is now ready to return to the USMNT.

“That is the plan,” Howard said in an interview with Everton’s website Wednesday. “I spoke to coach (Jurgen) Klinsmann and we have had open lines of communication as recently as last week.

“We will speak again after (the Gold Cup) tournament finishes and I will make myself available for selection. We will see where we go from there.”

Brad Guzan, 30, has been playing keeper for the U.S. since Howard left. Guzan allowed two goals in a 2-1 loss to Jamaica on Wednesday in the quarterfinals of the 2015 Gold Cup.