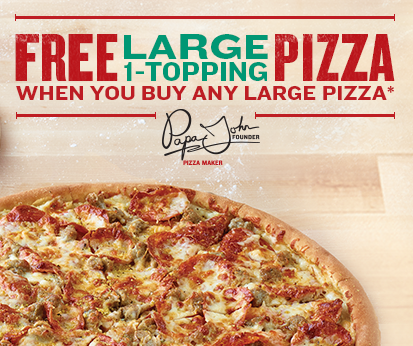 When the NFL Playoffs come around, you can bet on a special pizza deal from Papa John's.

Since becoming the official pizza sponsor of the NFL, Papa John's has released special pizza offers each year leading up to and during the Super Bowl. This year, it's a buy-one-get-one promotion during the playoffs.

Papa John's announced in a recent commercial featuring Broncos quarterback Peyton Manning and Hall of Famer Joe Montana that football fans will receive a free, one-topping large pizza with the purchase of any large pizza (of equal or greater value at regular menu price) during the playoffs.