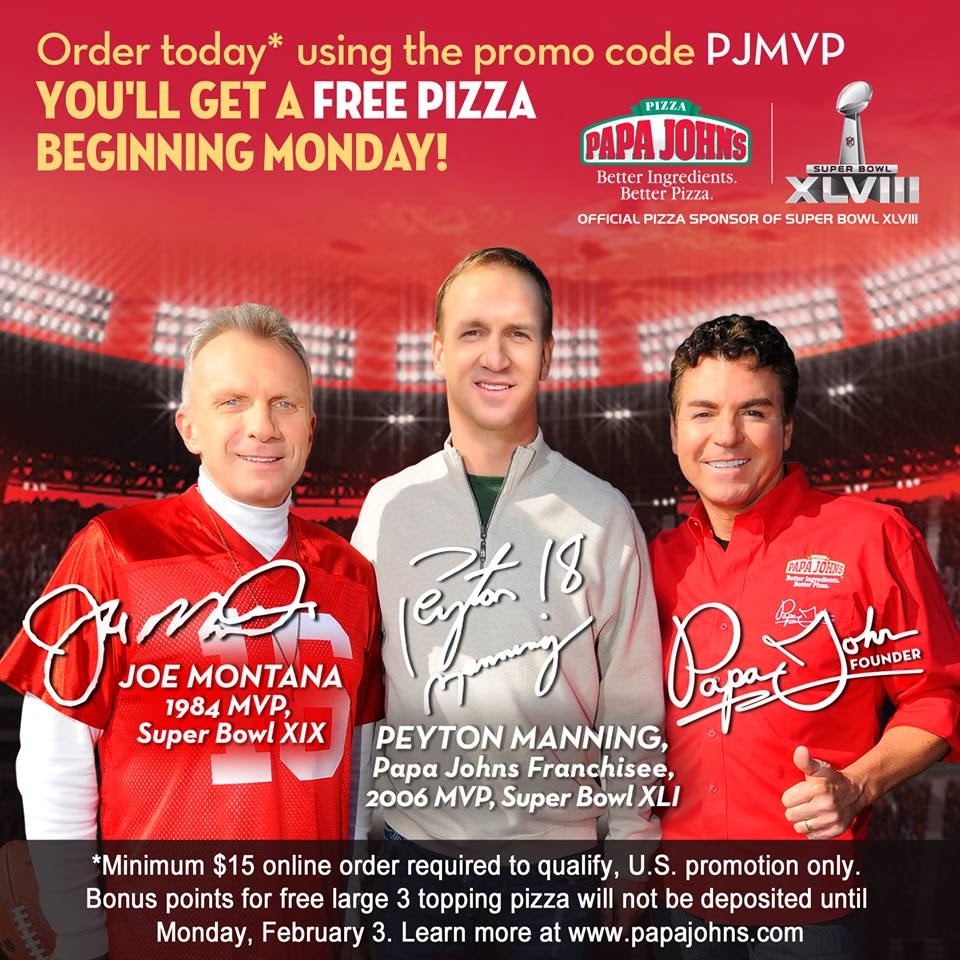 This year, Papa John's is giving fans extra incentive to make them their go-to option for Super Bowl parties. Between now and Sunday night, NFL fans can use promo code "PJMVP" on PapaJohns.com when ordering pizza to get a code to receive a free pizza the day after the Super Bowl (full details here).

Schnatter opened up the first Papa John's Pizza restaurant in 1984 and since then his company has grown into a fast food powerhouse in both the marketing world and food sales.


With over 3,800 locations (21 of which are owned by Manning) in all 50 states and 29 different countries, Papa John's now brings in over $2.6 billion in annual sales. After landing a deal with the NFL in 2010, Papa John's is now heavily affiliated with football—you can count on seeing multiple Papa John's commercials run on FOX this weekend during the Super Bowl.

One of those commercials will feature Manning and former NFL quarterback Joe Montana.

Papa John's is also rolling out a new "Double Cheeseburger" pizza this week and Papa told me their next plan is to find out what is Peyton's favorite pizza and toppings are so they can debut a "Peyton Manning special" next.