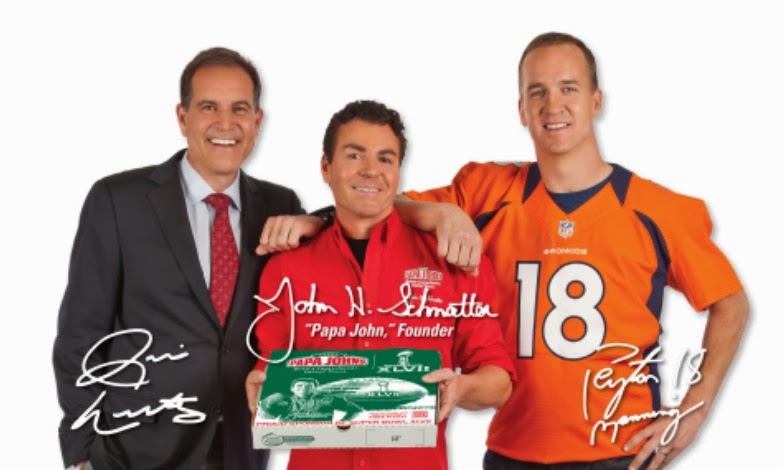 As the official pizza sponsor of the NFL, Papa John's is about to roll out a big deal football fans.

Starting Thursday, January 30 and running through Super Bowl Sunday, if you buy a large pizza at regular price with the code PJMVP, you’ll get a code for a free pizza after the Super Bowl.

It's all part of a new Papa John's Pizza MVP (#PJMVP) campaign that is launching today. The pizza franchise is celebrating their 30th anniversary (watch for a new Peyton Manning commercial that will begin airing a week from today) and is encouraging fans to vote for their Pizza MVP—Team Pepperoni or Team Cheese—at PapaJohnsMVP.com.

I have teamed up with Papa John's to help promote Team Pepperoni and will be giving away five $10 Papa John's gift cards a day on Twitter starting today and running until Thursday, January 30. To enter to win a card, all you have to do is retweet one of my tweets mentioning the program this week.